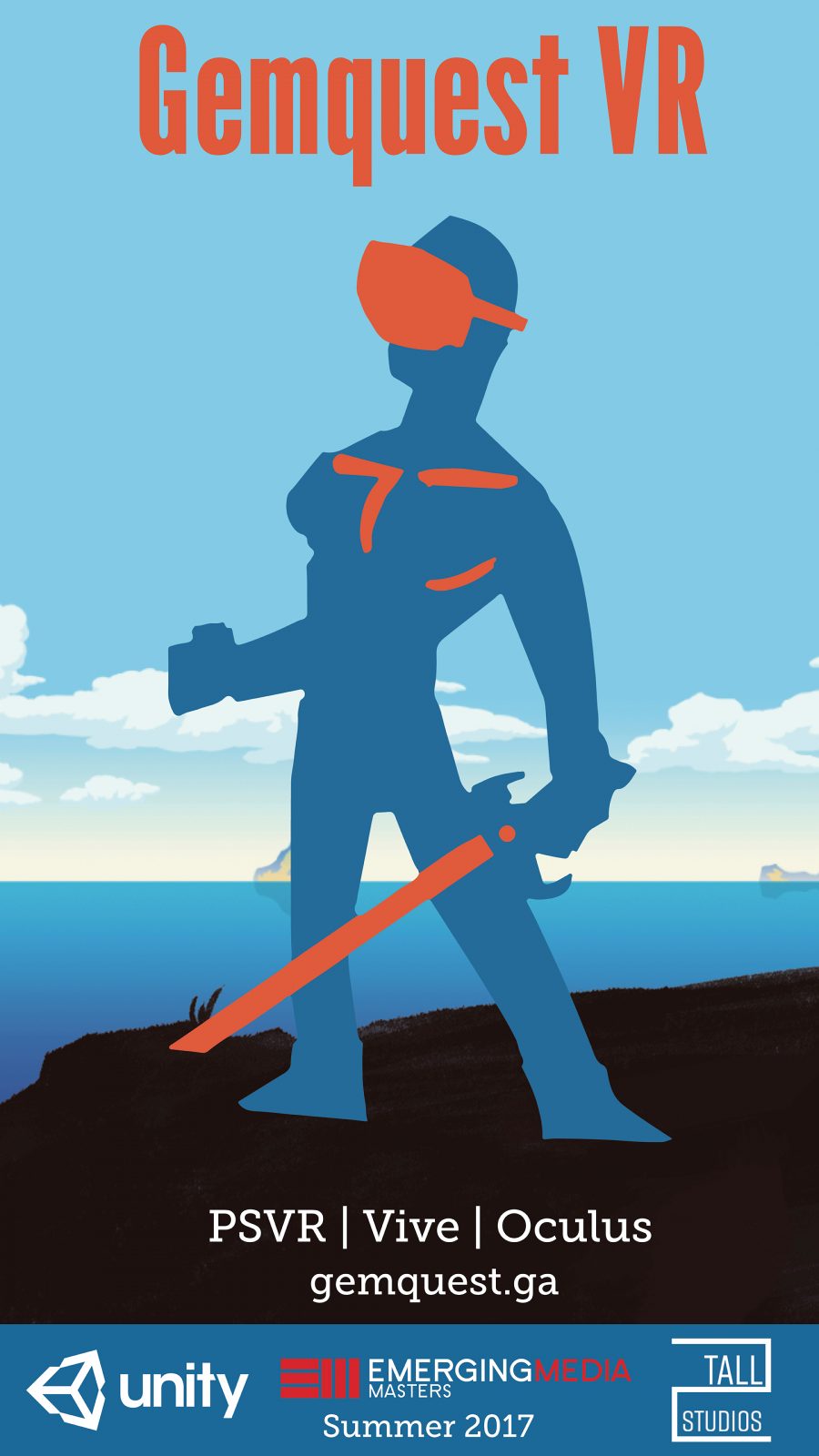 GemQuest VR is a virtual reality game that starts with the player finding themselves on a fantastical island with their fox companion. To destroy the simulation holding the world captive, players will solve puzzles and battle monsters using full motion tracking and a kickass enchanted sword.

As players explore the many worlds of GemQuest VR, they will discover the world’s many secrets as well as a number of gems. Gems augment your sword — giving it new looks and new abilities.

GemQuest VR is being developed cross-platform with the Unity Game Engine. Following in the footsteps of other successful indie VR games, the GemQuest team hopes to pitch to Facebook, Sony, and HTC.