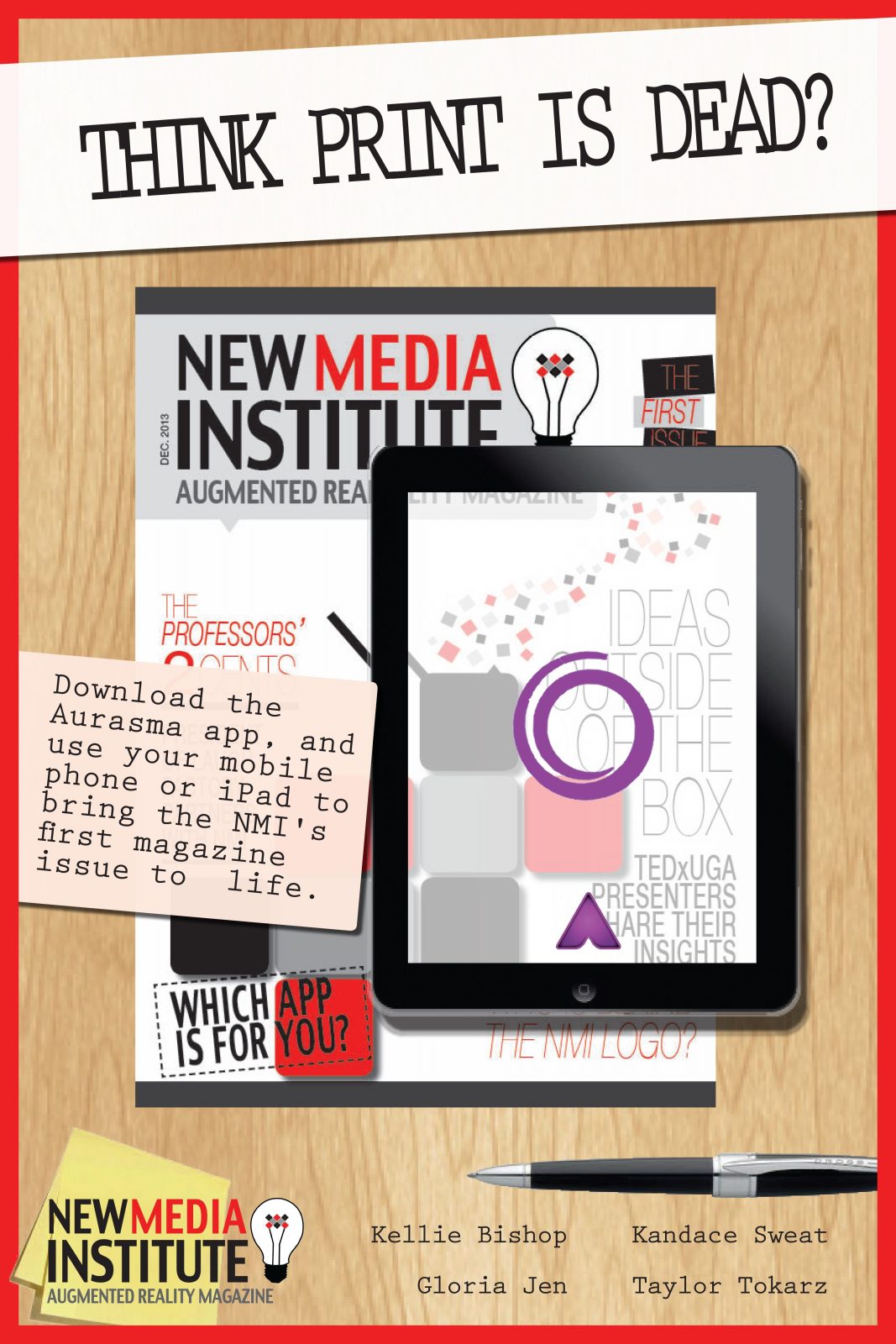 Using Aurasma, a free augmented reality application on smartphones, you can interact with our magazine. But what exactly is augmented reality? It is a way of connecting the physical world with the digital world. Ultimately, it blurs the lines between what is real and what is computer generated.