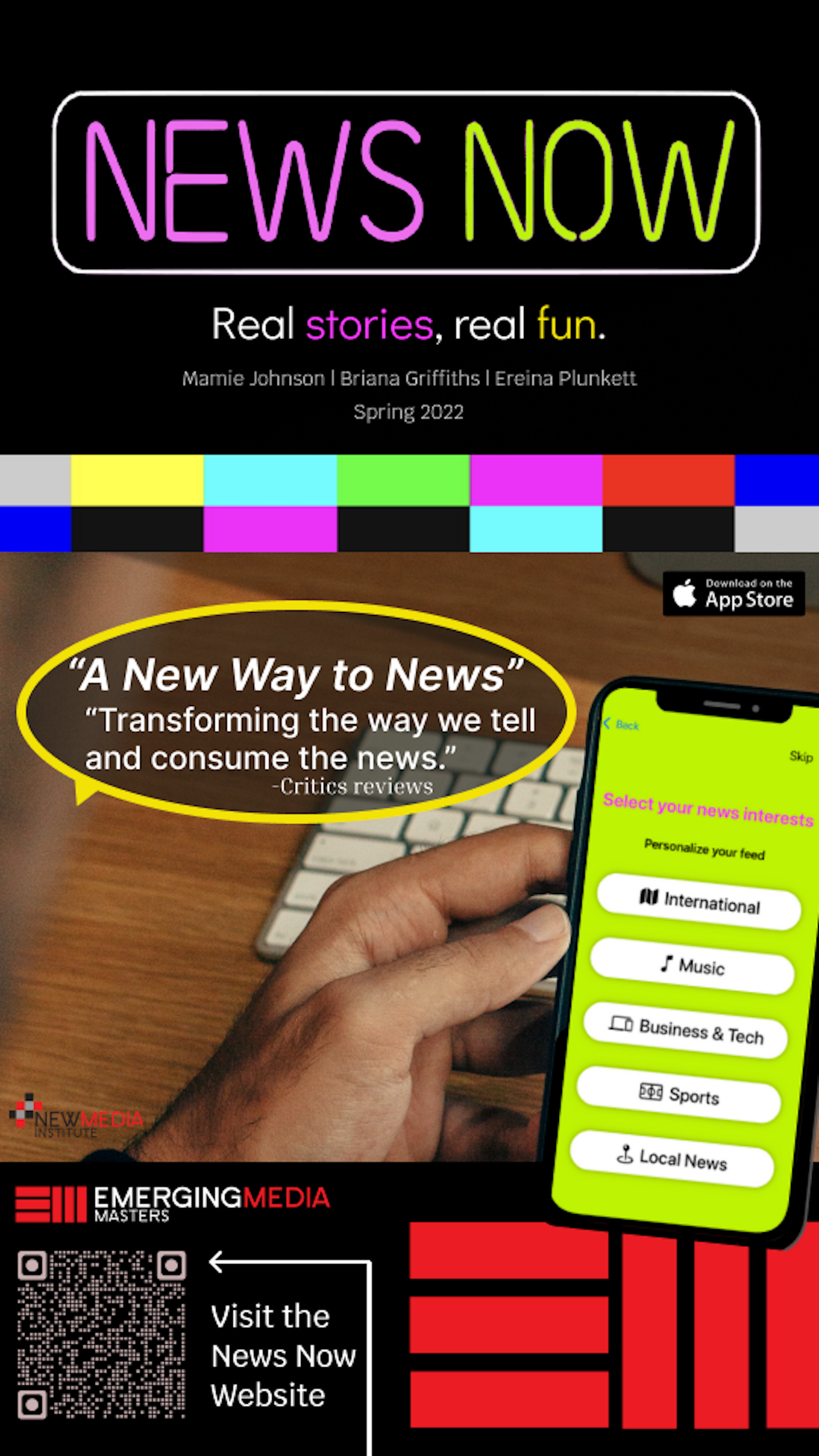 An industry disruptor of short 60-second news stories on an iOS app that matters to you on an easy-to-use, audience-centric iOS app that helps users of this generation stay informed and reconsider their relationship with the news.

Bored with the way traditional news was presented, three newsies, Ereina Plunkett, Briana Griffiths, and Mamie Johnson embarked on the path to reinvent the way we share tell the news. In August 2021, News Now was born.