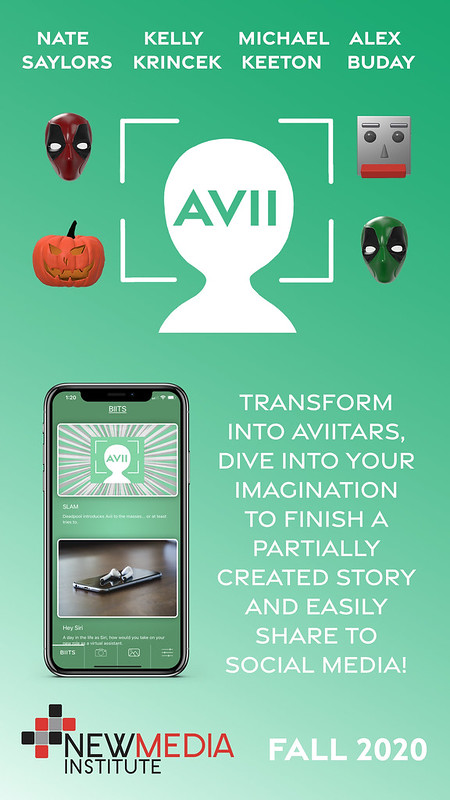 Avii’s goal is to allow users to create unique, shareable content that is head and shoulders above other apps within the facial capture space. Utilizing facial capture technology, users can transform their face by picking from an assortment of Avii’s aviitars. The aviitars include a robot, a pumpkin, and a red or green deadpool type mask. Short pre-record, one-sided scripts, which Avii calls biits, go along with the aviitars to set the scene and give users a starting point for their creativity to run wild. Specifically, the robot aviitar and its corresponding biit revolve around an aggravated girl trying to get her Siri to work. Users have free reign to become the robot version of Siri and respond to the girl as they please. The pumpkin and its biit features a halloween song that allows users to create their own dances – all while having a jack-o’-lantern for a head! Perfect for TikTok material!

It’s really as easy as choosing an aviitar and a biit, and pressing record. Avii made it a point to focus on shareability. The final videos are short, making them perfect for TikTok, Snapchat stories, or even Instagram reels. So once users are happy with their creations, they can simply share them to social media, or just save them to their camera roll. Either way, Avii will for sure provide some laughs!

Further, after completing customer research, the Avii team found that most apps utilizing facial capture are outdated. Users are unable to share their creations to social media and they have to pay to unlock most of the advertised features. Avii wanted to break this norm by being a modern app that is accessible to all users without a monetary barrier. Avii also prides itself on being easy to use and welcomes customers of all ages who have a shared interest in wanting to laugh. Therefore, compared to similar products, Avii is the best option to create original comedic content. Try Avii today!