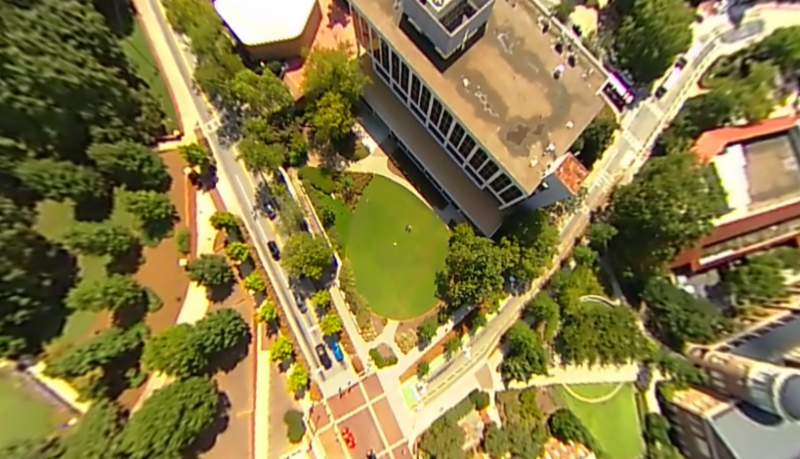 Recently, the NMI has had some fun testing out new gadgets. We are always eager to explore the latest technology and their applications in and out of the classroom.In its efforts to explore the future of photography, the NMI recently acquired a 360° video camera (the 360Fly, to be exact) – it shoots video 360° horizontally by 240° vertically.
Not exactly sure what that means? Take a look at this video where NMI instructors Chris Gerlach and John Weatherford test the new camera by… well, just take a look!
We’re particularly excited about the fact that video captured with this camera can easily be used with Google Cardboard, an inexpensive virtual reality tool that works with your smartphone. If you enjoyed our work with the Oculus Rift last semester, you won’t want to miss this year’s SLAM
Tags: Chris Gerlach, John Weatherford, Team, Tech Categories: 2015 News
Share
Tweet